According to the National Institutes of Health, 20,000-30,000 adults are afflicted with amyotrophic lateral sclerosis (ALS), also known as Lou Gehrig’s disease (named after its most famous sufferer). The disease is described as “rapidly progressive, invariably fatal neurological disease.” Usually sufferers of the disease will succumb within 3 to 5 years of diagnosis, though 10% of those afflicted have survived up to ten years. Most diagnoses occur in patients between the ages of 40 and 60, and men tend to suffer from the disease more than women. 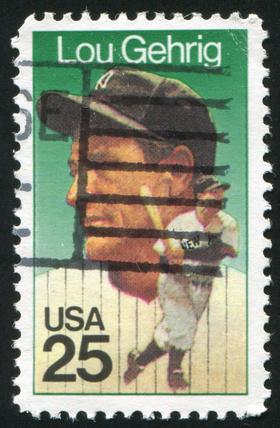 For people with a properly functional nervous system, voluntary movements are caused by the motor neurons of the brain relaying signals to the motor neurons of the spinal cord, which in turn relay the signals to the muscles. In sufferers of ALS, these motor neurons rapidly degenerate and die, essentially cutting off the part of the brain that controls voluntary movement from the rest of the body. If a person’s muscles do not receive the signals to move or perform other actions from the brain, they degenerate, or atrophy, from lack of use. Typically, the earliest symptoms of ALS include twitching or stiffness of muscles, random muscle weakness in the arms and legs, and slurred speech.

Eventually, those afflicted with the disease lose all strength in their muscles, therefore losing the ability to voluntarily move their extremities. Once the neurons connecting the brain to the diaphragm (the muscle beneath the lungs that controls breathing) degenerate, the sufferer will be required to go on a ventilator. Most deaths from ALS occur due to respiratory failure.

There is no one test that definitively diagnoses a person with ALS. Instead, those suspected of having the disease will undergo various tests, such as electrophysiological and neuroimaging studies. These tests serve to both confirm a physician’s initial diagnosis based on his observations of the patient’s symptoms, and to rule out possible other causes for the muscle weakness or stiffness that are hallmarks of early stage ALS.

The Social Security Administration recognizes that the current state of medical knowledge does not allow for one definitive test to confirm or deny an ALS diagnosis. The evidence required to qualify for disability for ALS includes “documentation of a clinically appropriate medical history, neurological findings consistent with the diagnosis of ALS, and the results of any electrophysiological and neuroimaging testing.”
If you think you may be entitled to Social Security Disability benefits and have questions, give me a call toll free at 800-296-2290 or contact me at tsmith@tedsmithlaw.com.