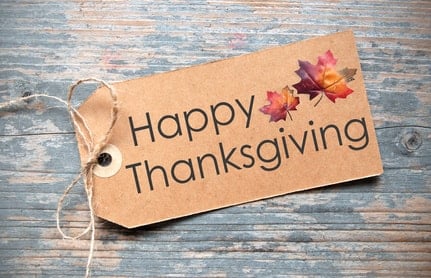 Effective July 1, 2011, people are not allowed to use phone or pager or personal digital assitn to text, email or read texts or emails while driving. An exception to the law permits texting and emailing or reading texts or emails if “used in conjunction with hands free or voice operated technology”. The law passed by the Indiana General Assembly was actually the result of a compromise. The sponsor of the legislation wished to avoid a constitutional challenges as well as insure its passage. As a consequence, other tasks which Smartphone users can perform such as surfing the internet and playing games are not illegal. 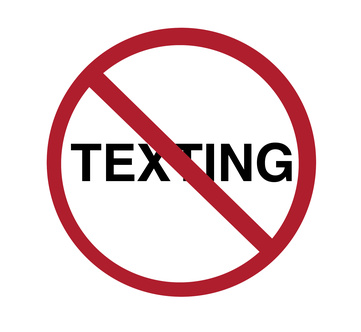 The new law makes a violation a class C infraction with a possible fine of up to $500. Importantly, if stopped for a violation, the arresting officer may not confiscate the devise to determine compliance with the law or retain the devise as evidence.

About 34 other states have laws which prohibit texting or emailing while driving.

On May 18, 2011, the Indiana Supreme Court resolved the confusion surrounding in Indiana appellate case law in the area of sport injuries. The case which the high court reviewed and vacated was Pfenning vs. Lineman 2011 WL 1885261. In Pfenning, a minor was struck in the mouth by a golf ball while operating a beverage cart while at an golf outing. After reviewing the disparate holdings on which standard of care to apply to a bystander/participant at a sporting event when injured by a participant, the Court wrote: 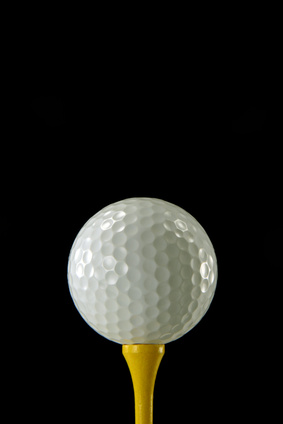 “We hold that, in negligence claims against a participant in a sports activity, if the conduct of such participant is within the range of ordinary behavior of participants in the sport, the conduct is reasonable as a matter of law and does not constitute a breach.”
In ruling in this manner, the Supreme Court indicated that it was dealing with this case within the framework of existing Indiana statutory law and jurisdiction. The consequence of this holding resulted in the minor losing her case to the golfer who struck her.

Indiana has now joined other states in stopping the immediate mailing of advertising materials to accident victims by attorneys. This 30 day period was part of the new Indiana Supreme Court Rules on Advertising. The rules states that “a lawyer shall not solicit professional employment from a prospective client if . . . the solicitation concerns as action for personal injury or wrongful death or otherwise relates to an accident or disaster involving the person to whom the solicitation is addressed or a relative of that person, unless the accident or disaster occurred more than 30 days prior to the initiation of the solicitation.”

The Supreme Court wrote in the commentary to this rule that this “restriction is reasonably required by the sensitized state of the potential client who may be either injured or grieving over the loss of a family member and the abuses that experience has shown exist in this type of solicitation.

On September 30, 2010, the Indiana Supreme Court, in the case of Donovan v. Grand Victoria Casino & Resort, L.P. — N.E.2d —, 2010 WL 3823132 (Ind. 2010), affirmed “one of the time-honored principles of property law” which is “the absolute and unconditional right of private property owners to exclude from their domain those entering without permission.” Thomas P. Donovan was an accomplished “card counter” in the game of blackjack. He supplemented his income by successfully using his skill to win in blackjack games in casinos. Apparently the Grand Victoria allowed him to gamble at its blackjack tables. However, the Grand Victoria thought better of its decision and decided not to permit Mr. Donovan at its blackjack tables, although still permitting him access to other games within its casino. Because Ms. Donovan would not agree to be so restricted, the casino evicted Mr. Donovan and placed him on its list of excluded patrons. 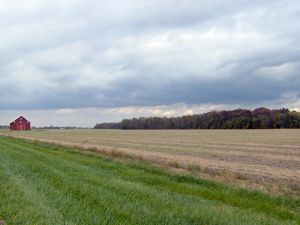 Mr. Donovan sued the casino, seeking declaratory judgment that he could not be excluded from playing blackjack. The trial court granted summary judgment for the casino and the Indiana Court of Appeals reversed holding that because Indiana has implemented a comprehensive scheme for regulating riverboat gambling, the casino’s right to exclude patrons was partially abrogated. The Supreme Court reversed the trial court and held that the time-honored principle of an absolute and unconditional right of private property owners to exclude others from its property was not changed by the Indiana legislature permitting gambling. This right is may be exercised arbitrarily and without offering any reason. The only limits on the exclusion right are “statutorily imposed prohibitions on exclusions for characteristics such as race and religion.

In Pfenning v. Lineman et al., 2010 Ind. App. LEXIS 164, the Court of Appeals of Indiana, expanded the doctrine of no duty from one participant in a sporting event to another to include not just the players, coaches and those sitting on the bench to also include volunteers at the sporting event.

16 year old Cassie Pfenning was asked by her grandfather, Jerry Jones, to accompanying him to a golf tournament at which Mr. Jones had volunteered to drive a beverage cart. Mr. Jones ended up playing in the tournament so he left Cassie with his sister. His sister too decided to play in the tournament so she was left in the care of yet another person, Christie Edwards. Cassie drove the cart while Ms. Edwards severed beer to the golfers. While Cassie was on the 18th hole cart path, she was hit by an golf ball which was the result of an errant drive from the 17th tee. As a consequence, Cassie sustained serious personal injuries.

Cassie’s mother sought to recover on behalf of Cassie, under a number of different theories, against the golf course, the tournament sponsor and her grandfather. The trial court granted summary judgment as to all defendants. On appeal, the Court of Appeals of Indiana affirmed the trial court. In doing so, the Court of Appeals of Indiana wrote: “Although not a player herself, she clearly was ‘part of the sporting event. . . involved,’ and we hereby expand the language in Geiersbach to include sporting event volunteers such as Pfenning. Geiersbach 807 N.E.2d at 120.

END_OF_DOCUMENT_TOKEN_TO_BE_REPLACED

On January 27, 2010, the Indiana Supreme Court held that the period of time that the immunity for loses caused by temporary weather lasts is “at least until the weather condition has stabilized”. The high court also held that during this time period, the governmental unit is immunized for liability for alleged flaws in its remedial steps. In the case of Bules v. Marshall County, 2010 LEXIS 62, Robert Bules and his son Brian were injured in a single truck crash when Robert drove into high water on a road and lost control of his truck. Robert and Brain sued Marshall County alleging negligent warning of the dangerous road conditions. There was a sign placed close to the water on the road. Robert claims that the sign was too close to the hazard to make a difference. The trial court granted summary judgment in favor of the county. The Court of Appeals reversed the trial court. The Supreme Court granted transfer.

Justice Boehm, in writing for the Court, indicated that the statute in question, I.C. 34-13-3-3(3), [“A governmental entity or an employee acting within the scope of the employer’s employment is not liable if a loss results from: (3) The temporary condition of a public thoroughfare. . .that results from weather.”] requires that the loss result from a condition that is both “temporary” and “caused by weather.” The Court noted that during the time that the government is in the process of responding to a weather condition, this immunity “extends to all claims caused by that condition during the period of reasonable response, whether the alleged injury occurred early or late in the response.”

The Supreme Court of Nevada in the case of Lioce v. Cohen et al., 149 P3d 916 (Nevada 2006) held that the defense attorney’s arguments based upon jury nullification, personal opinion regarding the justness of a plaintiff’s case and invoking the golden rule argument amounted to attorney misconduct.

In four different personal injury trials in Nevada, a defense attorney made similar arguments during the trial. These arguments included an attempt at “jury nullification” [the Nevada Supreme Court defined jury nullification as “[a] jury’s knowing and deliberate rejection of the evidence or refusal to apply the law either because the jury wants to send a message about some social issue that is larger than the case itself or because the result dictated by law is contrary to the jury’s sense of justice, morality, or fairness.” Black’s Law Dictionary 875 (8th ed. 2004). Examples include arguments that these cases wasted taxpayers’ money and jurors’ time. The defense attorney also argued that the cases were examples of people “looking for an excuse to sue someone at the drop of a hat” and that society now believed that “Americans have become a society of blamers.”

The Court also found that the defense attorney impermissibly injected his personal opinion about the justness of plaintiffs’ causes when he said that he had “a real passion for [these] case[s] and cases like [them],” because these were the types of cases that cause people to be distrustful of lawyers and legitimate plaintiffs and lead to what the defense attorney argued was the public’s negative perception of the legal system.

END_OF_DOCUMENT_TOKEN_TO_BE_REPLACED

Despite the Indiana Supreme Court’s recent decision in Glotzbach v. Froman, 854 N.E.2d 337 (Ind.2006), in which the Court held that there is no third party cause of action for spoliation against an employer of the injured party, Indiana still recognizes the cause of action of third party spoliation cases. The right of an injured party to bring claim for third party spoliation was first recognized by the Indiana Court of Appeals in Thompson v. Owensby, 704 N.E.2d 134 (Ind.1998) trans. denied. The Thompson case is particularly important to me because I was the attorney who argued before the Indiana Court of Appeals and then the Indiana Supreme Court that Indiana Insurance Company, whose adjuster lost the dog leash which was the subject of a product claim, should be liable for Nicole’s inability to prove her product claim against the manufacturer.

In Thompson, Nicole was severely bitten by a neighbor’s dog as she rode her bike down her street. The dog had a history of being vicious. That is the reason that his owners had leashed him inside a fenced yard. The dog broke the leash, ran out of the fenced yard, onto the street and attacked Nicole. Indiana Insurance Company, the insurer for the dog owners, took control of the defective leash when it learned of Nicole’s claim. During the course of the investigation, it lost the leash. We added the insurance company to the tort action against the property owners and claimed that to the extent Nicole was unable to prove her case of a defective product against the manufacturer due to the fact that the product was no longer available, then the insurance company should be responsible for what Nicole’s case would have brought had the absent leash were present.

The Indiana Court of Appeals found that there was a special duty on the part of the insurance company to preserve evidence. To do so, the court found that there was a special relationship between the claimant and the insurance company, that the harm involved in loss of evidence was foreseeable and that the recognition of duty is consistent with Indiana’s policy of accountability. The court wrote “[liability insurance carriers are no strangers to litigation, and it strains credulity to posit in a motion to dismiss that a liability carrier could be unaware of the potential importance of physical evidence..”

The Indiana Supreme Court, has a 2-2 tie vote on whether to accept transfer on Thompson. As a result, Thompson became the law in Indiana.