Bipolar disorder—formerly called “manic-depressive disorder”—can be a debilitating disease that prevents sufferers from living normal lives. Its symptoms include severe mood swings, from states of mania to states of depression. Often times those who suffer from the disease find it difficult to get out of bed, are severely depressed, and sometimes develop suicidal thoughts. 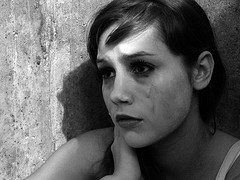 Because the disease is so severe in some cases, the federal government has determined that, in some circumstances, those who suffer from bipolar disorder can qualify for Social Security Disability payments.
Qualifying for Disability with Bipolar Disorder
With more than 45 percent of successful applications claiming some kind of mental health disorder, the Social Security Administration understands how devastating mental health disorders can be. However, the Social Security Administration does require some substantial proof of the disease and also requires that the disease is of a certain severity before approving an application for disability benefits.
In the case of bipolar disorder, an applicant must show that he or she has a medically documented persistence, either continuous or intermittent, of one of the following:
– Depressive syndrome characterized by at least four of the following:
o Psychomotor agitation or retardation;
o Anhedonia or pervasive loss of interest in almost all activities;
o Appetite disturbance with change in weight;
o Thoughts of suicide;
o Hallucinations, delusions, or paranoid thinking;
o Sleep disturbance;
o Decreased energy;
o Feelings of guilt or worthlessness;
o Difficulty concentrating or thinking.
– Manic syndrome characterized by at least three of the following:
o Hyperactivity;
o Pressure of speech;
o Flight of ideas;
o Inflated self-esteem;
o Decreased need for sleep;
o Easy distractibility;
o Bipolar syndrome with a history of episodic periods manifested by the full symptomatic picture of both manic and depressive syndromes (and currently characterized by either or both syndromes);
o Involvement in activities that have a high probability of painful consequences which are not recognized;
o Hallucinations, delusions, or paranoid thinking.
Applicants must also show least two of the following:
o Marked restriction of activities of daily living;
o Marked difficulties in maintaining concentration, persistence, or pace;
o Repeated episodes of decompensation, each of extended duration;
o Marked difficulties in maintaining social functioning.
Finally, there must be a medically documented history of a chronic affective disorder of at least two years duration that has caused more than a minimal limitation of ability to do basic work activities, with symptoms or signs currently attenuated by medication or psychosocial support, and one of the following:
o Repeated episodes of decompensation, each of extended duration;
o Current history of one or more years of inability to function outside a highly supportive; living arrangement, with an indication of continued need for such an arrangement
o A residual disease process that has resulted in such marginal adjustment that even a minimal increase in mental demands or change in the environment would be predicted to cause the individual to decompensate
See Related Blog Posts: