The Social Security Administration (SSA) has a broad category of mental impairments called “Organic Mental Disorders.” What makes “organic” mental disorders different from the Affective Disorders and Anxiety Disorders that have been discussed earlier on this blog? 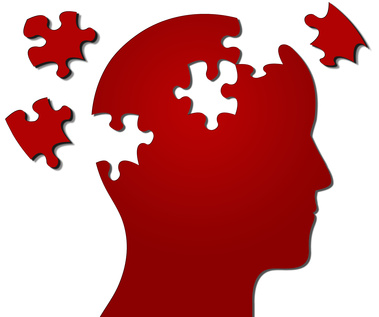 “Organic Medical Disorders” as described in Listing 12.02 are “psychological or behavioral abnormalities associated with a dysfunction in the brain.” Specifically, they are mental ailments that can be traced to something amiss in the brain, detectable in laboratory tests such as MRIs. This is in contrast with “psychiatric disorders” which are diagnosed behaviorally. While the term “organic mental disorder” and its various permutations are virtually obsolete in the practice of psychiatry (including being removed from the DSM-IV), the SSA still uses the term when describing the category.

To prove that that one’s organic medical disorder is severe enough to merit disability, an applicant must demonstrate that certain requirements are present. List A the many ways the loss of “specific cognitive abilities” or “affective changes” characteristic of an organic mental disorder can manifest. They are:

1. Disorientation to time and place; or
2. Memory impairment, either short-term (inability to learn new information), intermediate, or long-term (inability to remember information that was known sometime in the past); or
3. Perceptual or thinking disturbances (e.g., hallucinations, delusions); or
4. Change in personality; or
5. Disturbance in mood; or
6. Emotional instability (e.g., explosive temper outbursts, sudden crying, etc.) and impairment in impulse control; or
7. Loss of measured intellectual ability of at least 15 I.Q. points from premorbid levels or overall impairment index clearly within the severely impaired range on neuropsychological testing, e.g., Luria-Nebraska, Halstead-Reitan, etc;
List B describes the effects of these manifestations, including:

1. Marked restriction of activities of daily living; or
2. Marked difficulties in maintaining social functioning; or
3. Marked difficulties in maintaining concentration, persistence, or pace; or
4. Repeated episodes of decompensation, each of extended duration;
List C refers to having a documented history of a chronic mental disorder. The history must date back at least two years, and cause more than a “minimal limitation of ability to do basic work activities.” In addition, an applicant must have one additional List C qualification such as:

1. Repeated episodes of decompensation, each of extended duration; or
2. A residual disease process that has resulted in such marginal adjustment that even a minimal increase in mental demands or change in the environment would be predicted to cause the individual to decompensate; or
3. Current history of 1 or more years’ inability to function outside a highly supportive living arrangement, with an indication of continued need for such an arrangement.

To qualify for SSD under Listing 12.02, an applicant must show either:

Organic medical disorders have multiple causes. One major cause, especially in young people, is alcoholism and drug addiction. Other causes include repeated head trauma (i.e. being “punch drunk”) and old age. Strokes and Alzheimer’s disease are two of the major causes of organic brain disorders in the elderly.

If you think you may be entitled to Social Security Disability benefits and have questions, give me a call toll free at 800-296-2290 or contact me at tsmith@tedsmithlaw.com today