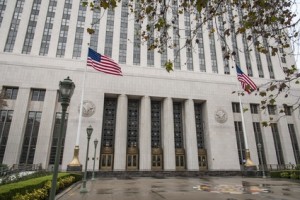 The civil action is actually a court review.  There is no trial either by the court or by a jury.  Instead the court review is a “paper review.”  The Commissioner of Social Security is represented by the U.S. Attorney for the judicial district in which the district court sits.  Once the case is filed, the Commissioner will file an answer along with a copy of the transcript of the administrative proceedings.  The court will then schedule dates on which the parties must file briefs in support and against the review.  Once all of the briefs are filed, the court rules.

The civil action must be filed within 60 days after the person receives the denial notice from the Appeals Council.  The Social Security Administration assumes that the person received the letter 5 days after the date on the letter.  It is possible for the person to ask for an extension of the 60 day time limit.  That request for an extension must be made in writing and mailed to the Appeals Council. The person requesting the extension must show that he/she has “good cause” for asking for the extension.