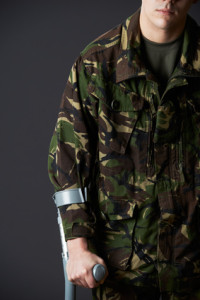 The speed at which the Office of Disability Adjudication and Review (SSA hearing office) adjudicates cases has not improved much.  The fastest SSA hearing office in the United States is located in Fort Smith, Arkansas.  There, it takes an average of 346 days from the date of filing a request for hearing, to preparing the case for hearing, to hearing the case, writing the decision and mailing it.  That time is a little more than a year.  The slowest SSA hearing office in the country is located in Brooklyn, NY.  At the Brooklyn SSA hearing office, it takes an average of 736 days or just a little over 2 years to get a decision after having filed a request for hearing.  (See, Hearing Office Average Processing Time Ranking Report FY 2016)

Thankfully, the Social Security Administration has created a procedure by which certain Social Security disability claimants’ hearing requests can move more quickly through the system.  This procedure is set out in the Hearings, Appeals and Litigation Law (HALLEX) Manual I-2-1-40 called Critical Cases.  The Critical Cases HALLEX suggests several instances in which a claimant can have his/her case determined to be a “critical” case and entitled to special or expedited processing.  These instances include cases which involve a terminal illness; a veteran who has received a 100% permanent and total rating from the Department of Veterans Affairs; compassionate allowance cases; potentially violent individuals; dire need cases; and military casualty/wounded warrior cases.

Because of the increasing number of solders returning from the battlefields of Iraqi, Afghanistan as well as other areas, it is necessary to spend a little time to better understand how a returning solider who has filed for Social Security disability can have his/her case qualify for special or expedited processing.   To qualify the case as a military casualty/wounded warrior case what needs to be shown are:

Once the request for a critical case designation has been submitted, the request is assigned to a review person who makes a determination of whether the facts in the record support the request for a military casualty/wounded warrior case.  If the reviewer finds that the facts do meet the regulatory requirements for a military casualty/wounded warrior case, the SSA hearing office will immediately assign the case for an “on-the-record” review.  If the case meets the requirements for a favorable “on-the-record” decision, then the case will be assigned to a decision writer for an expedited decision, awarding or paying the case without a hearing.  If the case does not meet the requirements for an “on-the-record” favorable decision, then the SSA hearing office staff with take all apporprate steps to develop the case and set the matter for an expedited hearing.