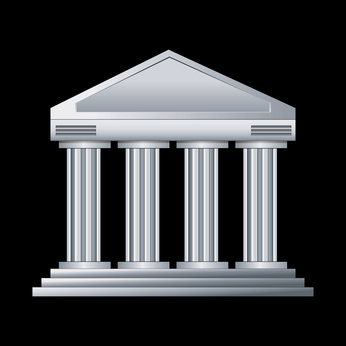 The Social Security Disability program rules are very clear in cases where a claimant missed the 60 day deadline in which to request a hearing: the claimant must show “good cause” in order to be allowed to file a late appeal. “Good cause” is defined by regulation at 20 CFR § 404.911 and 404.933(c). These regulations basically say that the Agency will consider each case on its own merits as to why a deadline was missed. The regulations also include some examples of good cause such as a death or serious illness in the claimant’s immediate family, records were destroyed, the Agency itself caused a missed deadline or “unusual or unavoidable circumstances exist”.

Interestingly, even if the local SSA office (or “field office” as it is known in SSA speak) where the late claim is filed makes an initial determination that “good cause” exists for the late filing that is not the last word. After the filed office has processed the paper work the case is sent to ODAR for a hearing. Under the program rules, the ALJ is entitled to make the final call on whether “good cause” existed. SSA does not require the ALJ offer a hearing before he/she makes a determination as to whether “good cause” is the reason for the late filing. If the ALJ determines that “good cause” did not exist, then that is the end of the case and there is no appeal to the Federal District Court. In other words, there is no judicial review regarding whether the ALJ’s determination of no “good cause” was based no substantial evidence. No judicial review was the law at least under the thirty-four year old case of Watters v. Harris, 656 F.2d 234 (7th Cir. 1980). The reason for no judicial review was premised on the fact that since there was no “oral” hearing the courts did not have subject matter jurisdiction.

On August 4, 2014, the United States Court of Appeals for the Seventh Circuit reversed itself and ruled in the case of Boley v. Colvin, 2014 U.S. App. LEXIS 14989, 2014 WL 3810999 that a claimant’s denial of “good cause” to file late was in fact reviewable even if there had been no oral hearing. In Boley, Marilyn R. Boley has applied for Social Security disability benefits and was denied at the initial and reconsideration levels. She was presented by an attorney at the reconsideration level but SSA only sent notice of the reconsideration denial to her rather than to her and her attorney. Ms. Boley, who was preparing for a double mastectomy, assumed her attorney was going to handle the appeal for her. About nine months after the notice was sent to her, she discovered that no appeal had occurred. Ms. Boley’s attorney then filed a request for hearing. Even though SSA admitted that it had failed to send the notice to Ms. Boley’s attorney, it denied that she had “good cause” to file a late appeal so the ALJ denied her late appeal without a hearing. Ms. Boley then filed an appeal in the U. S. District court. The court, following Watters affirmed the denial. On appeal the U.S. Court of Appeals for the 7th Circuit found that “’hearing’ means a decision after whatever process the Social Security Administration itself elects to use”. As a consequence, the 7th Circuit found that Ms. Boley was entitled to judicial review of her claim that the agency mishandled her case. In making this ruling the 7th Circuit expressly overruled Watters. This case has national significance because this is the first judicial circuit to rule that a federal district court had the subject matter jurisdiction to hear a case from the agency when there was no “oral” hearing below.