Before August 24, 1999, deciding an obesity claim was pretty easy for the Social Security Administration. The weight, height and gender of the claimant was insert into a table and if the claimant was over the weight listed then disability would be awarded. On August 24, 1999, it all changed. (See Obesity, Respiratory Illnesses and Social Security Disability Benefits Posted on this blog on December 2, 2011). The Commissioner published a final rule on that date which became effective on October 25, 1999. This rule deleted listing 9.09 from the Listings of Impairments. The reason that the listing was deleted was because, in the Commissioner’s opinion, the weight/height/gender classification “did not represent a degree of functional limitation that would prevent an individual from engaging in any gainful activity.” (See SSR 02-01p.) 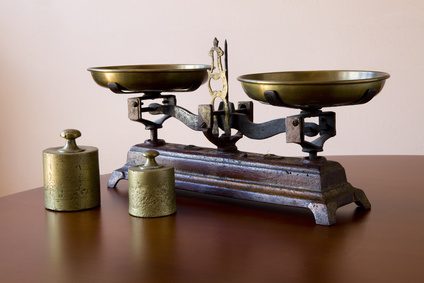 With this change, the Social Security Administration no longer had an objective method for determining whether the disease of obesity was disabling. In its place, the Commissioner suggested that obesity can adversely effect the musculoskeletal, respiratory, and cardiovascular body systems. As a consequence, the Commissioner placed language in each of those listing categories to insure that the disability evaluators would remember to consider the disease of obesity when also considering those body systems. So, the charge from the Commissioner is that “adjudicators must consider any additional and cumulative effects of obesity.”

There are 2 problems with the new evaluation method for obesity. First, the consultative medical examiners, to whom the Social Security disability applicant is sent to for a physical evaluation, do not, other than noting the weight, consider how the person’s obesity affects the muscle skeletal, respiratory or cardiovascular body systems. There is just nothing in the consultant of reports addressing those issues. The fact that there is nothing in those reports does not mean that the obesity is having “no effect” or “minimal effect”. It’s just not considered by the examiner.

The second problem with this new evaluation method for obesity is that the disability evaluators employ boilerplate language in their decisions basically indicating that they have considered the effects of obesity. Normally, there is little if any discussion by the disability evaluators concerning the degree of effect which the disease of obesity has on those particular systems.

On September 12, 2012 the Commissioner issued SSR 02-01p for the purpose of providing guidance to disability evaluators when they evaluate the effects of obesity. This Ruling does provide some helpful examples of how obesity may be considered in the disability evaluation process. For example, this ability may actually “meet” a listing of impairment at 12.05 (C) as an impairment imposing an additional and significant work-related limitation of function. Obesity, according to the Commissioner, can also be considered to “equal” listing 1.0 by substituting an inability to effectually ambulate due to a joint problem with due to obesity. There are a few more examples offered by the Commissioner.

The problem however remains that the disease of obesity remains a second-tier type of disease within the disability evaluation process. It is a disease which is under evaluated by medical doctors and poorly understood by disability evaluators. That is why it is very important for attorneys who represent Social Security claimants to assist in fully developing the record when the disease of obesity is an impairment. For more information on obesity and Social Security disability, please visit Ted Smith Law.com.