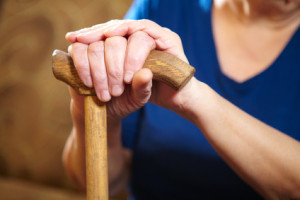 In a blog post on February 7, 2015, “Will Money Run Out For the Social Security Disability Trust Fund?”, I wrote that the “consensus in the country is that unless Congress acts to rebalance the Disability Insurance Trust Fund, there will be a short fall starting in mid 2016.”  The consequence of that short fall was expected to result in the government paying about 80 percent of the monthly disability benefit to those who are entitled.

On November 2, 2015, the President signed into law H.R. 1314, the Bipartisan Budget Act of 2015.  In part, this Act reallocated funds from the Old-Age Survivors Insurance Trust Fund to the Disability Insurance trust fund.  Because of this reallocation, payment of full disability benefits into 2022 is guaranteed.  Thus, the February 2015 concern of reduced Social Security disability payments has been postponed until  2022.

As in all things political, there were trade-offs for this law.  The Bipartisan Budget Act of 2015 did not stop at the point of ensuring payments to those already entitled to benefits.  It also made certain “reforms” of the Social Security Program.  Included among the “reforms” are: an expansion of the cooperative disability investigation units; exclusion of certain medical sources of evidence; the addition of a new crime: “conspiracy to commit Social Security fraud” to the list of crimes punishable by fines and imprisonment; increased jail time for the conviction of submitting false medical or other evidence; withholding of  benefits during a trial work period if the person to whom the benefits are to be paid fraudulently conceals work activity; requirement that the Commissioner of Social Security ensure that a physician (in a case in which a physical impairment is alleged) , psychiatrist or psychologist (in a case in which a mental impairment has been alleged) to review the medical file on initial determination.

Finally, the Commissioner is allowed to expedite examinations of administrative law judges.

Based upon the “trade-offs” in the Bipartisan Budget Act, it is clear that Congress is concerned with preventing fraud in the Program just as much as continuing to pay those who are entitled to Social Security Disability benefits.  There is no place, of course, in the Program for fraud.  In fact, in November 2014, the Government Accountability Office (GAO) issued a report entitled “SSA Disability Benefits Enhanced Policies and Management Focus Needed to Address Potential Physician-Assisted Fraud.”  The GAO concluded that: “While the full extent and nature of physician-assisted fraud is difficult to measure, any occurrence has the potential to undermine confidence in SSA’s ability to award benefits only to deserving individuals.”  Fraud prevention is important.

However, equally important, aside from continuing to pay the disabled, is the Social Security Administration’s ability to correctly and in a timely fashion rule on the disability applications of the disabled.  For example, in the period ending November 27, 2015, the Indianapolis hearing office reported that it took an average of 493 days (about 1 year and 3 months) to complete a case!  Sadly, the Indianapolis hearing office is ranked 80th out of the 164 hearing offices in the nation.  The Miami hearing office ranks dead last by taking 722 days (about 2 years) to finish a case.  (All of these hearing dates are from the date a request for hearing has been filed, not when the initial application has been filed.)  The outrage over the problem of unconscionable delays should have matched the outrage expressed by Congress over the problem of fraud.  It did not.